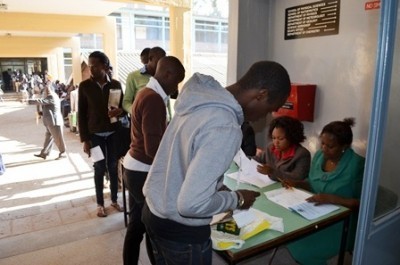 If you look beyond the ASUU strikes in public universities, you’ll see several benefits these schools have over their private counterparts.

In Nigeria, there is a general belief that private universities are far better than public varsities.
This belief is strengthened by the epileptic ASUU strikes and internal crises in public higher institutions across the country.

Usually, when a crisis does not get to the point of pausing the academic progression of the students and shutting the school gates, the crisis doesn’t get resolved. These are parts of the reasons why some parents choose to send their wards to private universities. However, if you look beyond the ASUU strike in public universities, you will see several benefits these schools have over their private counterparts.

These benefits range from cheaper school fees to freedom to become an adult and exposure to the real world before becoming a graduate. The bulk of private university graduates don’t have such exposure and experience.

So here are five reasons you should consider public university if you are seeking admission.

5 Reasons Why You Shouldn’t Attend A Private University

1. Cost of Education
The first thing people get to know about private universities is not the facilities they have but their school fees. Some private schools tuition fee is enough to build a house elsewhere. On the other hand, cost of education is very cheap.
Apart from this, cost of living in public university is also cheap as students are allowed to either patronise campus shops or those on the streets where prices are competitive. This is not allowed as some private universities will even punish students for having foodstuff in their hostel.

2. Freedom and Independence
Undergraduates in public universities enjoy some degrees of freedom as they are not kept under stringent rules on how to live on campus.
Private Universities have so many amusing rules that keep their students under the prying eyes of the management. No freedom, no independence, just students shuttling between lecture rooms and hostels. Private universities force their laws down the throat of their students as they have rules guiding everything. Private school is that entity that treats adults like kids by giving them rules on what to eat, how to dress and when to worship.

For instance, a lecturer that comes to class only to give out handouts expects the students to impress him in their exams. Those lecturers who do not come to class regularly because of other commitments also expect good performance from the students. These students are denied a lot of things yet, they come out with good grades. On the other hands, private university students have almost everything to facilitate their education, yet, some of them are no match for public school graduates who are screwed to success.

5. Public university produces mature graduates
Everything public university undergraduates go through in the hands of their lecturers and the university system toughens and prepare them for the life after graduation. They understand life more on campus through the many challenges they go through. The same can not be said about private university undergraduates, most of whom only see life through one prism of their parents’ wealth and lecturers’ soft approaches to everything. They hardly make decisions for themselves. It is either their parents make it for them or the school management does.