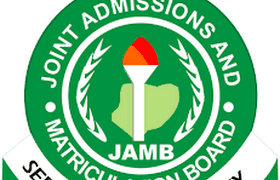 The Joint Admission and Matriculation Board has postponed the 2018 Mock Examination which was earlier scheduled to hold between January 22nd and 24th, 2018.

The 2018 JAMB UTME Mock Examination will now hold on the first week in February, 2018.

It was learnt that the postponement is connected to the ongoing strike by non-teaching staff of universities which makes it impossible for JAMB to make use of the CBT centres located within the campuses of some of the universities.

The JAMB Boss revealed that about 10 percent of the expected number of candidates have so far registered for the 2018 UTME.

The date for the main JAMB examination remains the same. It is expected to hold between March 9th – March 17, 2017.

The JAMB Boss further stressed that “No candidates, examiners, invigilators will be allowed to enter the examination hall with wrist watches, pencils except HB pencils and cameras”